2017 was quite a year in the Ottawa Real Estate market; record breaking numbers in units sold (condominium sales up over 22%) and double digit (percentage) increases in average sale price in several neighbourhoods, Canada 150 (or should we say Ottawa 150?!) was anything but average!

Below we’ve included the latest news release from the Ottawa Real Estate Board.   Please note: average sale price information can be useful in establishing trends over time but should not be used as an indicator that specific properties have increased or decreased in value. The average sale price is calculated based on the total dollar volume of all properties sold.  We have access to current statistics and trends in our neighbourhoods and communities, it’s our job to stay on top of the market trends!  We have up to date Real Estate Market Reports readily available for you and we love to chat real estate – contact us anytime! 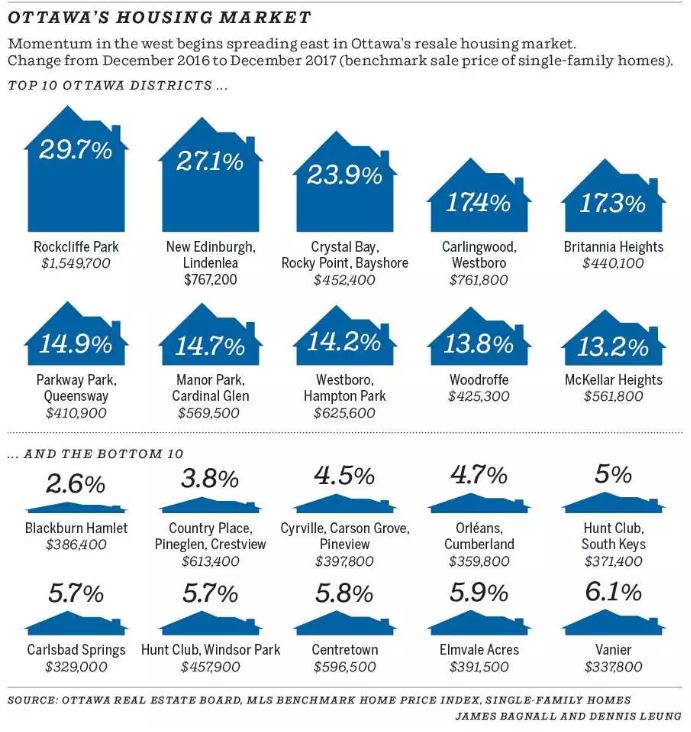 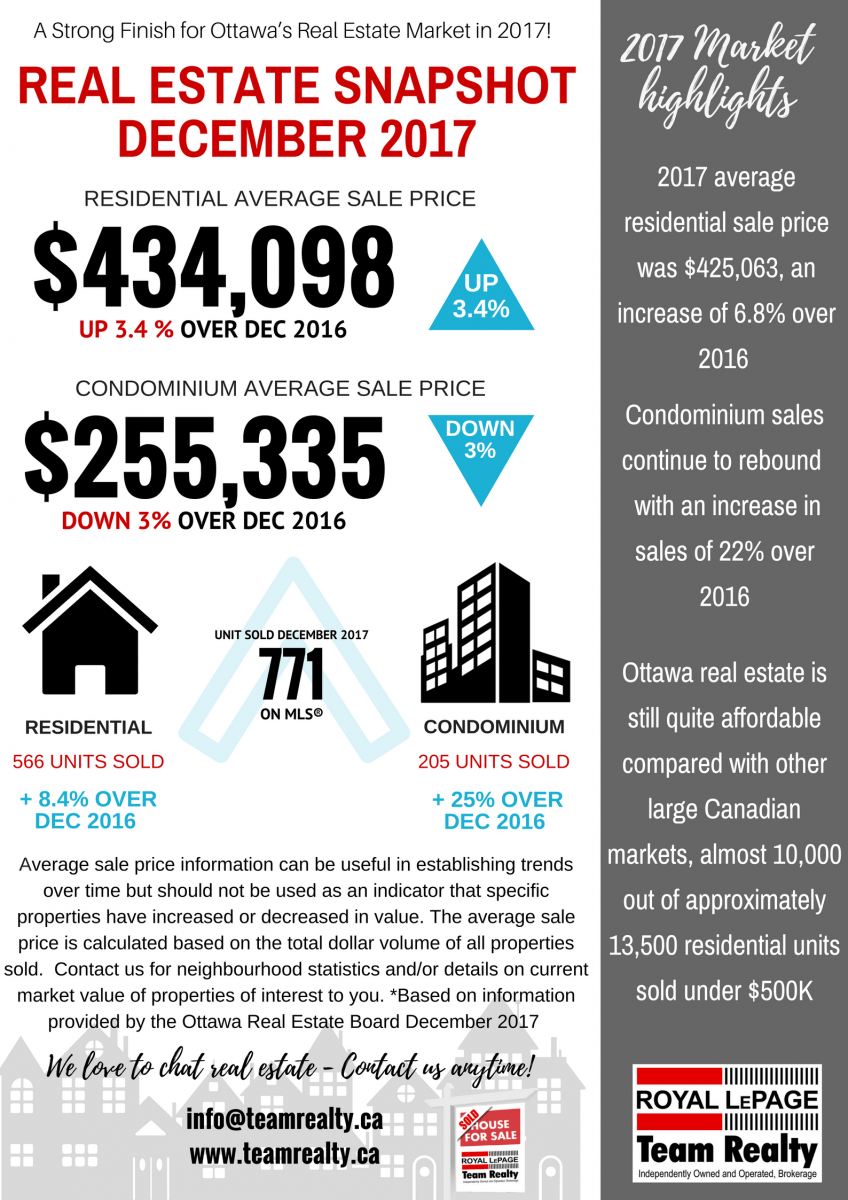 From the Ottawa Real Estate Board: January 4th, 2018

Members of the Ottawa Real Estate Board sold 771 residential properties in December through the Board’s Multiple Listing Service® System, compared with 711 in December 2016, an increase of 8.4 per cent. The five-year average for December sales is 687.

“December saw an increase of 8.4 per cent in the number of units sold in residential sales and 25 per cent in condo sales. This could very well be attributed to the changes in the mortgage qualification rules implemented January 1, 2018,” speculates Ralph Shaw, 2018 President of the Ottawa Real Estate Board.

“2017 was another solid year for the Ottawa Real Estate market in both the number of transactions as well as the reasonable increase in prices, about seven per cent in residential and three per cent in the condo market,” Shaw acknowledges. “We continue to have a stable and balanced market. Although inventory tracked low all year and new listings were down each month, new home supply counteracted the impact somewhat.”

The total number of residential and condo units sold through the Board’s MLS® System throughout all of 2017 was 17,083, compared with 15,526 in 2016, an increase of ten per cent. Overall, residential sales volume was up 16 per cent.

“In 2017, the condo market rebounded with a 22 per cent increase in the number of units sold, which is quite significant. The relatively flat increase in prices suggests that we found the ideal price point in which to move the units,” Shaw concludes. “As for residential sales, there was a good availability of product under $500,000 considering almost 10,000 out of approximately 13,500 residential units sold fell in that range.”

The post A Strong Finish for Ottawa’s Real Estate Market in 2017 appeared first on Team Realty.